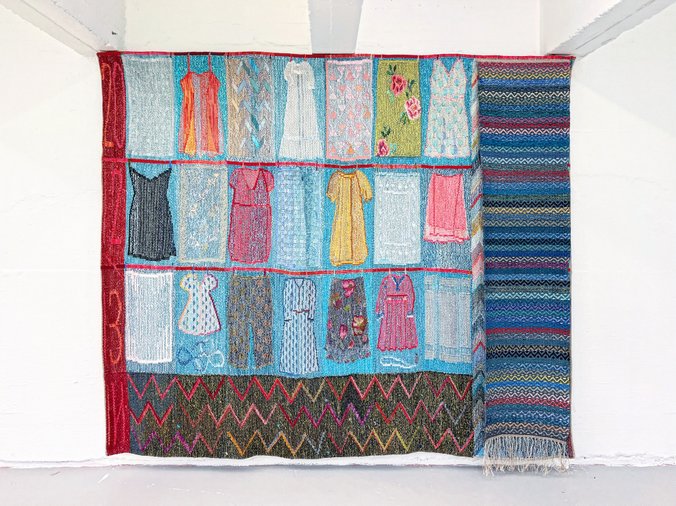 A glacier is a persistent body of dense ice that is constantly moving under its own weight. A glacier forms where the accumulation of snow exceeds its ablation over many years, often centuries. It acquires distinguishing features, such as crevasses and seracs, as it slowly flows and deforms under stresses induced by its weight. As it moves, it abrades rock and debris from its substrate to create landforms such as cirques, moraines, or fjords. Although a glacier may flow into a body of water, it forms only on land and is distinct from the much thinner sea ice and lake ice that form on the surface of bodies of water.

Elephant Kunsthall has the pleasure of presenting BRE by Lillehammer based artist Inger Holbø. BRE features Holbø´s latest tapestries depicting allegorical descriptions of the glaciers in and around Gudbrandsdalen. Holbø has spent years hiking to these remote destinations, basing her imagery and travels after her grandfathers paintings and notebooks, mapping out old forgotten and overgrown paths, both as traveling directions but also used in her image-making decisions.

Group exhibitions highlights; Martin Luther Jubilee, Kiel (2017), Høstutstillingen (1982). Her work is found in public collections such as the Royal Palace, Statens Hus, Lillehammer. She also has multiple commissions at churches such as Finnsnes Kirke (1981), Saksumdal Kirke (1985). 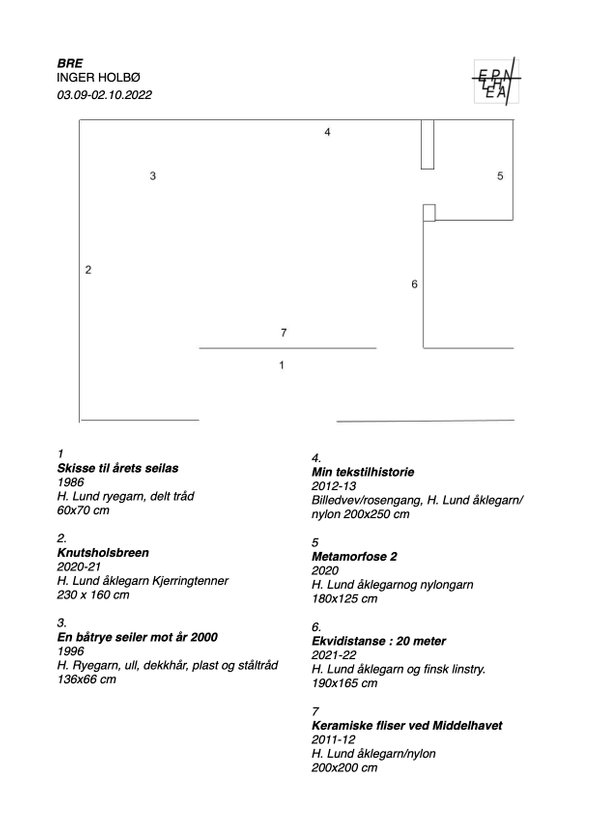